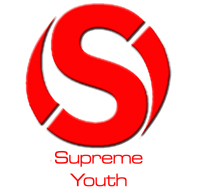 1.0 Officers of the Club

It will consist of all of the executive committee members and other members should the Committee so decide.

The Club, for the purposes of general management, shall be governed by a committee of the Executive
Officers and non-Executive Officers, duly elected in accordance with club rules. The Officers of the Club
shall meet on a regular basis to manage the ‘day to day’ activities of the Club.

If applicable, the Annual General Meeting (AGM) shall be held on or just before the last Sunday in July
each year. All officers, managers, coaches and club members, having paid their full subscriptions, shall be
entitled to attend the meeting and vote accordingly. Due to lack of demand, the Executive Committee have
decided not to hold an AGM following the 2011/2012 season. See item 2.3 below.

A special general meeting of the Club can be convened by the Executive Officers. 14 days notice shall be
given and all the resolutions to be progressed there at.

3.0 Mission Statement and Code Of Conduct

(a) The Club shall be called “Supreme Youth Football Club (SYFC)”
(b) The club shall be affiliated to the Essex County Football Association for adult and junior football.
(c) The club promotes absolute equality regardless of gender, race, nationality, ethnic origin, colour, religion, sexual orientation or ability.

(d) The objective(s) of the Club shall be:-
(i) To provide facilities for membership of all members playing for the Club, under the rules and regulations of the Essex County Football Association, S.E. Essex Primary Mini Soccer League, Southend & District Junior League.
(ii) To advance the well-being of all members, and to assist in seeing and presenting playing and
other facilities, and to generally organise and control the Club to the advantage of all.
(iii) The Club shall apply for membership and enter teams into the S.E. Essex Primary Mini Soccer
League, Southend & District Junior League. Each team to be entered must have, as a minimum, a Team Manager and Coach, all of whom will behave under the same conduct as the members.
(iv) Within each team, at least one of the appointed Manager/Coach will undertake the minimum of the Level 1 Coaching Certificate, not more than 1 year from entering the club.
(v) Each appointed committee member, manager and coach will undertake a CRB check, not more than 3 months from entering the role.

3.2 A Code of Conduct for Football

Football is the National game. All those involved with the game, at every level, whether as a player, match official, coach, owner or administrator have a responsibility above and beyond compliance with the law, to act according to the highest standards of integrity and to ensure that the reputation of the game is, and
remains, of the highest order. Community Football, at all levels, is a vital part of the Community. As a Standard Chartered Club, we are committed to working with local Schools to offer our facilities and expertise.Equality Football is opposed to

discrimination of any form and will promote measures to prevent it, in whatever form, from being expressed. Participants Football recognises the sense of ownership felt by those who participate at all levels of the game. This includes those who play, those who coach or help in any way, and those who officiate, as well as
administrators and supporters. Football is committed to appropriate consultation.
Young People Football acknowledges the extent of its influence over young people and pledges to set a positive example. Propriety Football acknowledges that public confidence demands the highest standards of financial and administrative behaviour within the game, and will not tolerate corruption or improper practices.
Trust and Respect Football will uphold a relationship of trust and respect between all involved in the game, whether they are individuals, clubs or other organisations.
Violence Football rejects the use of violence of any nature by anyone involved in the game.

3.3 Code of Conduct for Managers/Coaches

3.4 Code of Conduct for Players

Obligations towards the game

A player should:-
(a) Make every effort to develop their own sporting abilities, in terms of skill, technique, tactics and stamina.

(b) Give maximum effort and strive for the best possible performance during a game, even if their team is in a position where the desired result has already been achieved.
(c) Set a positive example for others, particularly young players and supporters.
(d) Avoid all forms of gamesmanship and time-wasting.
(e) Always have regard for the best interests of the game, including where publicly expressing an opinion on the game and any particular aspect of it, including others involved in the game.
(f) Not use inappropriate language. Obligations towards own team A player should:-
(a) Make every effort consistent with Fair Play and the Laws of the Game to help their own team win.
(b) Resist any influence which might, or might be seen to, bring into question their commitment to the team winning. Respect for the Laws of the Game and competition rules

A player should:-
(a) Know and abide by the Laws, rules and spirit of the game, and the competition rules.
(b) Accept success and failure, victory and defeat, equally.
(c) Resist any temptation to take banned substances or use banned techniques.
Respect towards Opponents

A player should:-
(a) Treat opponents with due respect at all times, irrespective of the result of the game.
(b) Safeguard the physical fitness of opponents, avoid violence and rough play, and help injured opponents. Respect towards the Match Officials

A player should:-
(a) Abide by the instructions of their Coach and Team Officials, provided they do not contradict the spirit
of this Code.
(b) Show due respect towards the Team Officials of the opposition.
Obligations towards the Supporters

A player should:-
(a) Show due respect to the interests of supporters.

3.5 Code of Conduct for Officials

The team official should:-

(a) Set a positive example for others, particularly young players and supporters.
(b) Promote and develop their own team having regard to the interest of the Players, Supporters and reputation of the national game.
(c) Share knowledge and experience when invited to do so, taking into account the interest of the body that has requested this rather than personal interests.
(d) Avoid all forms of gamesmanship.
(e) Show due respect to Match Officials and others involved in the game.
(f) Always have regard for the best interests of the game, including where publicly expressing an opinion of the game and any particular aspect of it, including others involved in the game.
(g) Not use or tolerate inappropriate language. Obligations towards the Team

The team official should:-
(a) Make every effort to develop the sporting, technical and tactical levels of the club/team, and to obtain
the best results for the team, using all permitted means.
(b) Give priority to the interests of the team over individual interests.
(c) Resist all illegal or unsporting influences, including banned substances and techniques.
(d) Promote ethical principles.
(e) Show due respect for the interests of the players, coaches and officials, their own club/team and others.

Obligations towards the Supporters

The team official should:-
(a) Show due respect for the interests of supporters. Respect towards the Match Officials

A team official should:-
(a) Accept the decisions of the Match Official without protest.
(b) Avoid words or actions, which may mislead a Match Official.
(c) Show due respect towards Match Officials.

Positive encouragement will contribute to:-
Children enjoying football.
A sense of personal achievement.
Self-esteem.
Improving the childs’ skills and techniques.
We encourage our Parents/Spectators to:-
Applaud the opposition as well as your own team.
Avoid coaching children during the game.
Not to shout and scream.
Respect the referees’ decision(s).
Give attention to ALL of the children involved in football, not just the most talented.
Give encouragement to everyone to participate in football.

We will strive to ensure that the Parents/Spectators within our Club agree and adhere to the Clubs Code of
Conduct and Child Protection Policy.

Supreme Youth FC reserve the right to refuse membership to any player should the player or associated parent/supporter be deemed unsuitable or not willing to adhere to the club rules and/or code of conduct. It is at the discretion of the team manager who he/she brings into their team. However, anyone in the club who has an issue with a new or existing player has the right to raise their objection in writing to the
committee. No attempt should be made by parents, managers or coaches to entice players from one Supreme Youth team to another. Managers will work together on player transfers between teams and any such transfer should only be at the agreement of both managers involved.

(a) Subscriptions are varied across the age groups based on the levels of expense for the club.

For example, youth teams have to pay more in pitch fees, mini-soccer teams pay less due to size of pitch.

Subscriptions are as follows:-

- Mini-Soccer (U7-U10) Members:-
£110.00 for single members to be paid in one instalment or arranged instalments

- Youth (U11-U18) Members:-
£130.00 for single members to be paid in one instalment or arranged instalments on Registration Day.

(b) Should any member have difficultly paying the full subscription at registration, then they should contact their team manager or league secretary in order to split the payment in line with the club’s guidelines.
(c) All subscriptions paid to date are deemed non-returnable, unless agreed by the club committee.
(d) A member shall not participate in a League and/or Cup Match until the subscription(s) have been paid.
(e) Failure to pay subscriptions by the due dates will result in the automatic de-Registration of the member/player from the Club and League.

(a) The individual Team Managers shall ensure that each member pay their subscriptions by no later than one month from notification of fees due. This will normally be in July.
(b) Refunds to a parent/guardian for any subscriptions paid will only be reimbursed under exceptional
circumstances agreed by the club’s committee:
(i) Should a member elect to leave the club prior to the end of the season, no refunds will be made.

Supreme Youth are looking to recruit new players for the up coming season at under 6 ,7,10 and under 11 age groups, if you would like your child to be apart of a Supreme Youth team come along on a Saturday morning @ The Glen, Glenwood School, Rushbottom Lane, Benfleet

Any ability is welcome!!!